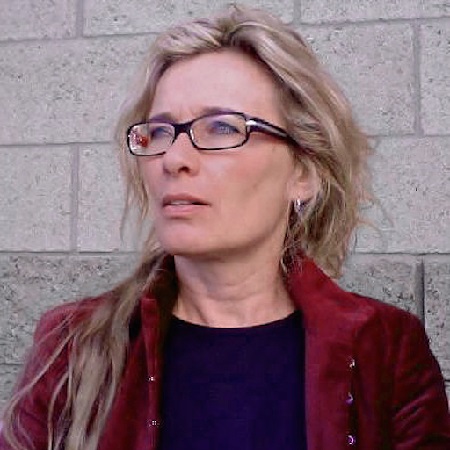 Kimberly A. Jameson is a cognitive scientist conducting research at the Institute for Mathematical Behavioral Sciences at the University of California, Irvine (http://www.imbs.uci.edu/~kjameson/kjameson.html). Color plays a prominent role in her empirical and theoretical work, which includes research on the mathematical modeling of color category evolution among communicating artificial agents; individual variation and universals in human color cognition and perception; empirical work on the genetic basis of human color perception; and comparative investigations of the ways the worlds cultures name and conceptualize environmental color. She directs the Color Cognition Laboratory at UC Irvine, and is the lead researcher responsible for the preservation, transcription, digitalization, and public-access dissemination of the Robert E. MacLaury cross-cultural color categorization archive. 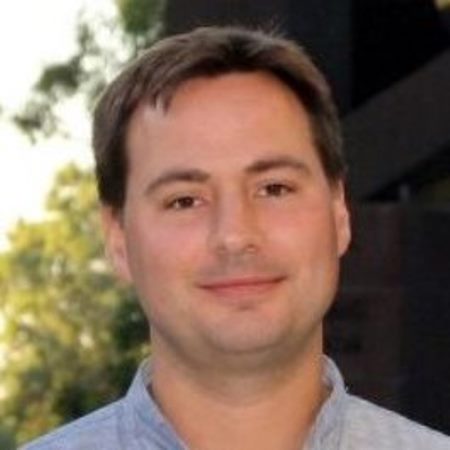 Sergio Gago is project leader of designs and developments at Calit2 (the California Institute for Telecommunications and Information Technology, at UC Irvine), where he conducts research, manages projects and mentors student research in areas concentrating on products and system engineering, informatics and computer sciences. His research interests concentrate on human-computer interaction and product engineering for improving quality of life. Examples include user-centric designs, emotional interaction and artificial intelligence, including application to interfaces, devices and robots. Sergio studied at Barcelonas Universitat Politecnica de Catalunya (UPC) where he received his Ph.D. in engineering, focusing on wellness design, and engineering for emotion in human-device interaction. He also earned a Master's degree in industrial engineering, and a Master's degree in product & system design (from UPC), and a 3-year post-doctoral fellowship for research at University of California, Irvine. Sergio's contributions to the MacLaury archive concentrate in the areas design and implementation for the public-access Wiki and the Content Management System for the archives data, as well as planning and implementation of Crowdsourcing methodologies for the database transcription. Ian G. Harris is 2015-2015 Vice Chair of Undergraduate Education in the Computer Science Department at the University of California Irvine. He received his BS degree in Computer Science from Massachusetts Institute of Technology in 1990. He received his MS and PhD degrees in Computer Science from the University of California San Diego in 1992 and 1997 respectively. Research projects in Professor Harris' group are related to the testing of hardware and software systems. His fields of interest include validation of hardware systems to ensure that the behavior of the system matches the intentions of the designer. He also investigates the application of testing for computer security. His group's security work includes testing software applications for security vulnerabilities and designing special-purpose hardware to detect intrusions on-line. 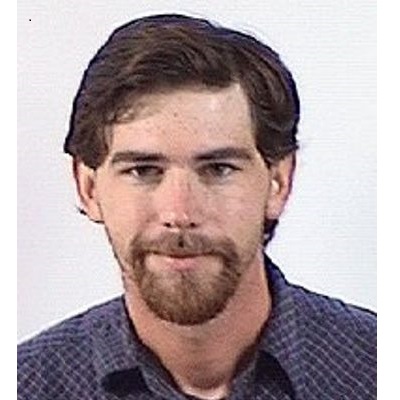 Nathan Benjamin is a research assistant at Calit2 (the California Institute for Telecommunications and Information Technology) currently developing in-house software systems and applications to support various research projects. Nathan is also a student at the University of California, Irvine, working on a Bachelor of Science degree in Informatics with an emphasis in Organizations in Technology. Nathans studies have focused on finding issues in software design and project management and matching them to analogs in management and sociology theory, helping to improve user experience, and interface programmers with the audiences for which they are building software. Nathans contributions to the MacLaury archive concentrate in the areas of the development of Content Management System, User-Interface development, and the original implementation of the public-access Wiki for the archive's data. 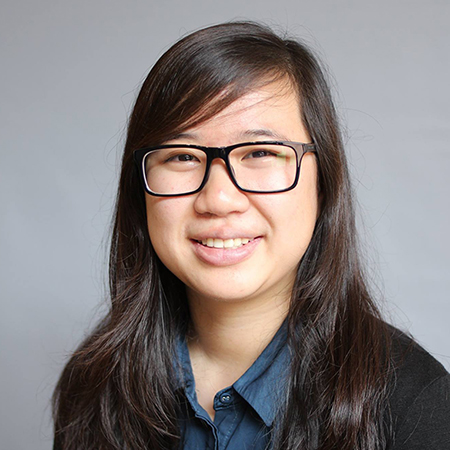 Stephanie Chang is currently an undergraduate student studying Computer Science at the University of California, Irvine (http://www.stephaniemchang.com). Her passion for technology and innovation drives her work as a research assistant at the California Institute for Telecommunications and Information Technology, and inspires her as an application developer in UCI Student Housing. She aims to be a software engineer, and discover new ways of organizing large amounts of information (big data) in accessible and appealing ways. Her latest projects in the world of systems and software have allowed her to develop skills in full stack web and mobile application development. Stephanies contributions to the MacLaury archive concentrate in the areas of the design and development of Crowdsourcing methodologies for database transcription, User-Interface development, and assistance implementing user-interface portions of the archives Wiki. 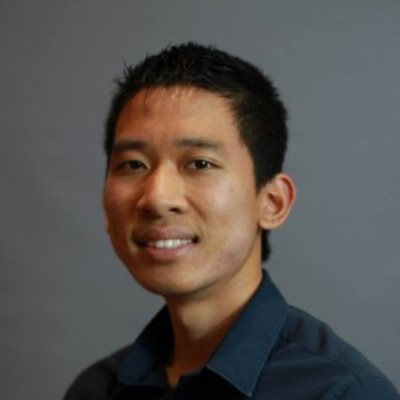 Brian B. Huynh is a Computer Science undergraduate at UC Irvine (Class of 2018). As a Calit2 undergraduate research assistant Brian contributed to the MacLaury Archive by assisting with portions of Zapotec survey manual transcription. He also provided documentation of wiki features. Brian's interests currently focus on developing large-scale software for industry, and he plans to continue his graduate education to deepen his understanding in the areas of artificial inntelligence and cloud computing. 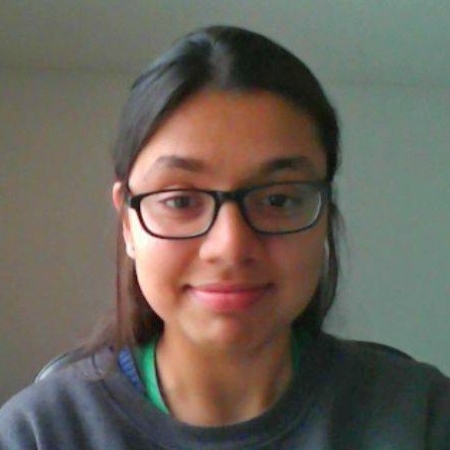 Prutha S. Deshpande is a Junior Specialist in the Cognitive Sciences Department, and Lab Manager of the Color Cognition Lab at the University of California, Irvine, where she collaborates with lab director Dr. Kimberly A. Jameson on several projects (http://sites.uci.edu/pruthadeshpande/). Her on-going research focuses on empirically investigating the influence of bilingualism on cognitive color representation. Prutha recently graduated with a B.S. in Cognitive Sciences from UC Irvine (June, 2015), and in Fall 2016 she enters the PhD program in the Psychology Department at The Ohio State University at Columbus. Pruthas contributions to the Robert E. MacLaury Color Categorization archive concentrate in areas of the handling of the archive datafiles, raw data digitization and organization, empirical assessment of crowdsourcing tasks with cultural consensus methods for database transcription, advising on the user-interface design, and fine tuning of the Wiki. Sean Tauber received his PhD degree in Psychology from the department of Cognitive Sciences at the University of California, Irvine in 2013, and completed a postdoc in the Computational Cognitive Sciences Lab at the University of Adelaide in 2014. He is currently conducting research at the Institute for Mathematical Behavioral Sciences at the University of California, Irvine. (http://sites.uci.edu/tauber/) He specializes in Bayesian models of cognition; developing new methods for applying Bayesian data analysis to cognitive models; evolutionary game-theoretical algorithms; and the development of software tools for conducting research and data analysis. Seans contributions to the MacLaury archive include the development and implementation of methods for aggregating and analyzing crowdsourced transcriptions of handwritten datasets, as well as developing software tools and utilities to make the MacLaury data more accessible to color science researchers and the general public. Yang Jiao studied Computer Science as an Undergraduate (2015) and Masters student (2015-2017). Yangs interests in pattern recognition and machine learning led to her involvement as a research assistant in UCI Interdisciplinary Computational and Applied Mathematics Program, where she investigated projects on three-dimensional non-rigid object recognition. Using software applications like MATLAB, Yang also worked with a research team investigating two approaches to exhibit pose invariant object recognition by overcoming difficulties arising from inconsistent and unreliable correspondences between an original object and other objects, and arising from one intrinsic class due to non-rigid transformation. Yangs contributions to the Robert E. MacLaury archive concentrate on developing methodologies to preprocess scanned images of behavioral data, transcribing those data entries using OCR engine programming, and visualizing results for optical character recognition of handwritten tabular data from MacLaurys color survey. 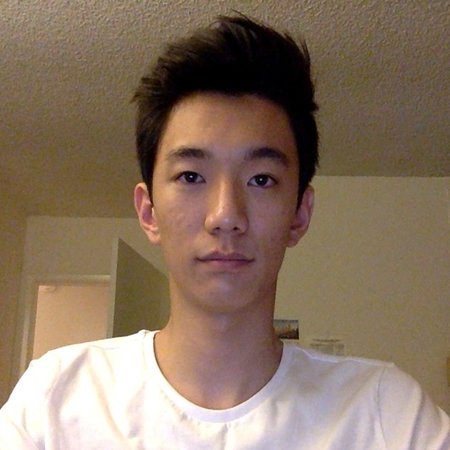 Won J. Lee is an undergraduate studying Computer Science at University of California, Irvine (class of 2018), and a research assistant at the California Institute for Telecommunications and Information Technology (Calit2). Won enjoys problem solving and takes pride in his craftsmanship, especially when working closely with other programmers as part of a team effort. And while his programming experience suggests the most efficient way to develop software is using the fewest possible programmers, he enjoys the challenges that come with collaborating on large team-based programming efforts. His goal is to be a software engineer, primarily focusing on database development, information retrieval, data mining, and data-intensive computing. For relaxation, Won enjoys working on side projects, coding various algorithms, and developing his website at (http://www.wonjoolee.com). Wons contributions to the Robert E. MacLaury Color Categorization Archive project concentrate in the areas of database and back-end development.

Ram contributed to the REM Archive project during Winter Quarter 2015 while a graduate student pursing a Masters Degree in Computer Science at the University of California, Irvine. Ram's graduate training are focused on Machine Learning. Ram has been actively involved in Natural Language Processing and Computer Vision research and is aims to pursue a PhD in these areas. In Summer 2015 Ram joined the IBM Watson Labs team as a Cognitive Software Engineer where he conducts Machine Learning R&D on the Watson Artificial Intelligence computing system. An entrepreneur at heart, Ram has has done technical consulting and worked for various startups and nonprofits in the past and is working towards launching his own in the virtual reality space. Ram is an avid programmer who uses his diverse skillset and wealth of development experience to solve challenging problems and generally make a meaningful impact in people's lives. Ram's contributions to the Maclaury Color Categorization archive were made early in the project and were related to automating the digital transcription of handwritten documents. In pursuit of this aim he developed a robust OCR/IWR system using state of the art deep-learning techniques and creative computer vision algorithms to achieve a high degree of recognition accuracy.

Apurva Jakhanwal is a Computer Science Undergraduate at the University of California, Irvine (class of 2019). Her collaborative efforts as a research assistant at the California institute for telecommunications and information technology (Calit2) reflect her strong professional desire to advance the field of computing technology. She is a writer for UCI's university newspaper - "The New U" - is involved in sustainability projects on and off campus, and also is a mentor and a tutor for other university students. Apurva's contributions to the Maclaury archive concentrate in the areas of implementing novel crowdsourcing studies to transcribe MacLaury's color category "mapping data," and extending existing crowdsourcing designs to transcribe MacLaury's "Huave" surveys, as well as other MCS languages. 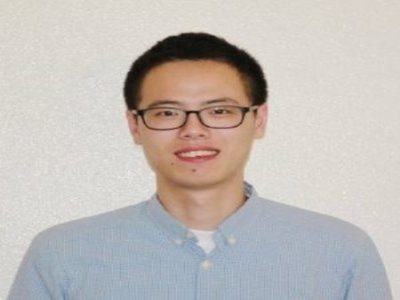 Zhimin is a software engineer at Google Inc., in Irvine, California. In Spring 2015 he received a Masters Degree in Computer Science at the University of California, Irvine. He has a strong interest in the design and development of web applications, and is learning a number of novel web application techniques from front-end user-interfaces to back-end data processing and management. His interests focus on building applications that optimize user-experience by improving how humans interact with internet devices, and enabling large numbers of people to become successful IT users. Zhimin's contributions to the Robert E. MacLaury archive concentrate in early designs of the archive's wiki.


Support for this project was provided, in part, by research awards from The University of California Pacific Rim Research Program, 2010-2015 (K. A. Jameson, PI), and The National Science Foundation 2014-2017 (#SMA-1416907, K.A. Jameson, PI), UC Irvine's Institute for Mathematical Behavioral Sciences, and by UCI\92s California Institute for Telecommunications and Information Technology (Calit2).
This work is licensed to the Authors under Creative Commons Attribution-Noncommercial-NoDerivatives Works 4.0 International License. December 31, 2018.